Helping you prepare for cold and flu season, from Salins Orthodontics 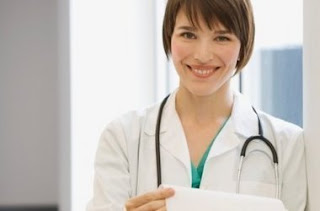 Traditionally cold and flu season starts in Fall, but this year it seems to have started much earlier and with the number of patients canceling appointments because of flu and H1N1 symptoms. Salins Orthodontics is taking additional precautions to help prevent the spread of germs.

To promote a healthy and clean environment, we give a great deal of attention to sanitation and sterilization in our office at all times as well as following all requirements for sterilizing instruments and work surfaces.

For the protection of other patients and our staff, we always ask that patients reschedule their appointments if they have any type of cold or illness that can infect others.

Maintaining and protecting oral hygiene equipment is also important this flu season. To protect your toothbrush from bacteria follow these steps:

• Wash your hands before and after brushing
• Allow the brush to air dry after each use, harmful bacteria dies after being exposed to oxygen
• Store the toothbrush in an upright position to allow water to drain and dry faster
• Replace toothbrush after every cold or flu or every 3-4 months when bristles appear worn 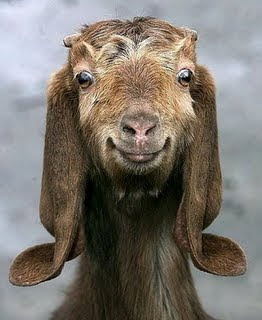 Well Hello Hello to the cyber world! Can you believe the weather we are having here around San Fran right now? That’s about the only thing that would make you smile when you look outside on a day like this. So we know that the weather can have a direct effect on our smiles right? What else can?

I found this very interesting article on the “Language of Smiles”. It gives some insight on the natural way the language you speak can make you smile. Give it a read and let me know what you think.

Maybe I’m easy to please, but doing this a few times makes me giggle. “Eeee.”

Actually, I suspect it’s not just me. Saying “eeee” pulls up the corners of the mouth and makes you start to smile. That’s why we say “cheese” to the camera, not “choose” or “chose.” And, I think, it’s why I don’t get the giggles from “aaaa” or “oooo.”

The mere act of smiling is often enough to lift your mood; conversely, the act of frowning can lower it; scowling can make you feel fed up. In other words, the gestures you make with your face can — at least to some extent — influence your emotional state.

(The notion that facial expressions affect mood isn’t new. Edgar Allan Poe used it in his story “The Purloined Letter”: one character reports that when he wishes to know someone’s mind, he attempts to compose his face to mimic the expression of that someone — then waits to see which emotions arise. And the idea was developed, in different ways, by both Charles Darwin and William James. But telling stories and developing arguments is one thing. Showing, experimentally, that making a face can make a mood is harder; it’s only in the past 30 years or so that data have started to accumulate.)

Exactly how frowns and smiles influence mood is a matter of debate. One possibility is classical conditioning. Just as Ivan Pavlov conditioned a dog to associate the sound of a bell with the expectation of food, the argument goes, so humans quickly come to associate smiling with feeling happy. Once the association has been established, smiling is, by itself, enough to generate happy feelings. Another possibility is that different facial gestures have intrinsic properties that make them more or less pleasant, perhaps by altering the way that blood flows to the brain.

But here’s what interests me. As anyone who has tried to learn a foreign language will know, different languages make you move your face in different ways. For instance, some languages contain many sounds that are forward in the mouth; others take place more in the throat. What’s more, the effects that different languages have on the movements of the face are substantial. Babies can tell the difference among languages based on the speaker’s mouth movements alone. So can computers.

As far as I can tell, no one has looked at this. (It doesn’t mean no one has; it just means I haven’t been able to find it.) But I did find a smidgen of evidence to suggest the idea’s not crazy. A set of experiments investigating the effects of facial movements on mood used different vowel sounds as a stealthy way to get people to pull different faces. (The idea was to avoid people realizing they were being made to scowl or smile.) The results showed that if you read aloud a passage full of vowels that make you scowl — the German vowel sound ü, for example — you’re likely to find yourself in a worse mood than if you read a story similar in content but without any instances of ü. Similarly, saying ü over and over again generates more feelings of ill will than repeating a or o.

Of course, facial gestures aren’t the whole story of emotions; moreover, languages can potentially influence emotions in many other ways. Different languages have different music — sounds and rhythms — that could also have an emotional impact. The meanings of words may influence moods more than the gestures used to make them. And just as the words a language uses to describe colors affects how speakers of that language perceive those colors, different languages might allow speakers to process particular emotions differently; this, in turn, could feed into a culture, perhaps contributing to a general tendency towards gloom or laughter.

Turn that Frown Upside Down FAST!

Well here is something VERY interesting for this dreary Thursday morning. Feeling down? Maybe it’s the weather! Perhaps you should try the “Happiness Hat”. That’s right…this little number is not only stylish BUT it will also help you to remember to keep a smile on your face…despite what you may be feeling inside.
How you ask? Well…there is a sensor arm that comes down from the hat (looks almost like a microphone) that can feel the muscles in your cheek. When those muscles are working and there is a smile on your face, then all is good. However, wipe that smile off your face and you will be poked with a metal prod in the back of your head.
Think I am kidding? Check it out...

For more information on the “Happiness Hat” and the artist behind this invention, click here.

One thing I can promise you is that at Salins Orthodontics you will NOT find our patients sporting this devilish hat. Having a beautiful smile is reason enough to…well…smile!

What do you think of this hat? Is this something that you would consider wearing or is this just an interesting artistic expression?

Have a great day, smile lots and don’t make us put this hat on you!
Posted by Salins Ortho