Monday  marked Presidents’ Day, a day known for celebrating of both George Washington’s and Abraham Lincoln’s combined Birthdays. Presidents’ Day was created in 1971, when President Richard Nixon combined the birthdays of two of our most well-known presidents into one single federal holiday. Presidents’ Day also marks a hard-earned day off from work and school for a lot of our patients at Salins Orthodontics.
Here are a few fun facts about our nation’s presidents: 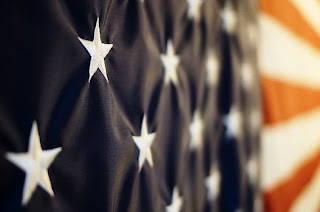 *Abraham Lincoln, our 16th president, carried letters, bills and notes in his tall stovepipe hat.
*George Washington is the first president to be featured on a postage stamp.
*Ronald Reagan, our 40th president, broke the so-called “20-year curse,” in which every president elected in a year ending in 0 died in office.
*Harry S. Truman was the first president to have his Inauguration and speeches televised.
*Abraham Lincoln was the tallest of the U.S. presidents measuring 6’ 4” tall.
*Virginia is the birthplace of more United States presidents than any other state, followed by Ohio and Massachusetts.
Posted by Salins Ortho

Dreaming of a dazzling smile? Salins Orthodontics can help! 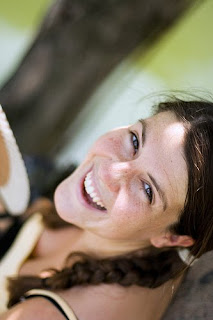 The fact is, most of us aren’t born with a red carpet smile. And that’s where our team at Salins Orthodontics can help. Of course, orthodontic treatment help make your teeth stay strong, healthy and become perfectly-aligned. But did you know you can get the beautiful straight teeth you’ve always wanted — without braces?
We are proud to offer an adult-friendly option for straightening teeth called Invisalign, which uses a series of invisible, removable and comfortable aligners that no one can tell you’re wearing. So, you can smile more during treatment as well as after. Not only are the aligners invisible, they are removable, so you can eat and drink what you want while in treatment. Plus, brushing and flossing are no problem. They are also comfortable, with no metal to cause mouth abrasions during treatment. And no metal and wires usually means you spend less time at our office getting adjustments. Invisalign also allows you to view your own virtual treatment plan when you start so you can see how your straight teeth will look when your treatment is complete.
If you’ve been thinking about getting that perfect smile, we would love to have you in for a visit. Please give us a call to set one up! A consultation at Salins Orthodontics can determine if Invisalign is right for you. See you soon!
Posted by Salins Ortho

Each February for the past 62 years, the American Dental Association (ADA) has sponsored National Children’s Dental Health Month to raise awareness about the importance of oral health. Developing good habits at an early age and scheduling regular dental visits helps children get a good start on a lifetime of healthy teeth and gums.
For kids wearing braces, brushing and flossing can become more difficult, requiring extra time and vigilance to remove food particles that accumulate on and between the teeth and in braces. New options for braces such as Invisalign Teen, which is removable, make it easier for kids to maintain good oral health during orthodontic treatment.
If the health of your teeth is ignored during treatment with braces, the results can be significantly compromised. Dr. Sheldon Salins is available and happy to explain why effective brushing and flossing is one of the most critical actions needed from patients during orthodontic treatment. Have you visited us lately? Give us a call and schedule an appointment!
Posted by Salins Ortho

All about mouthwash, from Salins Orthodontics

While mouthwash is not an alternative to regular brushing and flossing, it can help keep your teeth and gums clean and healthy. There are several different types of mouthwashes available, and all of them will help do different things for your smile. The most common types of mouthwashes are:
• Fluoride – fluoride is the most used type of mouthwash available, and is used to strengthen the enamel of the teeth while preventing cavities and tooth decay.
• Antiseptic – an antiseptic mouthwash is used to kill bacteria and germs in the mouth. Most commonly used before and after a dental surgery, antiseptic mouthwashes can also help to fight gum disease, and halitosis (chronic bad breath). Antiseptic mouthwashes can affect your sense of taste and may stain the teeth, so it is recommended that you consult your dentist before using this type of mouthwash.
• Combination – a combination mouthwash is designed to help prevent tooth decay, freshen the breath, and maintain the health of your smile.
• Prescription – for patients with gum disease, or any signs of gum disease, you may need a prescription mouthwash. Prescription mouthwashes, like Peridex of PerioGard, are used to treat gingivitis, and other forms of decay.
There are also many different brands of mouthwash. Some common brands include:
• Scope
• Listerine
• Act
• Crest
• Tom’s of Maine (all-natural)
• Plax (anti-plaque rinse)
• Breath Rx
• Orajel
• Targon (special mouthwash made for smokers)
• Rembrandt (whitening mouthwash)
If you are curious about which kind of mouthwash would work best for you, be sure to ask us at your next appointment. If you have a favorite mouthwash, let us know by posting a comment for others to read!
Posted by Salins Ortho