Wake Up!! It's Thursday! SMILE!

This is AWESOME - Some people are so talented!!! Hope you enjoy too...
Posted by Salins Ortho

NO SMILE FOR YOU! 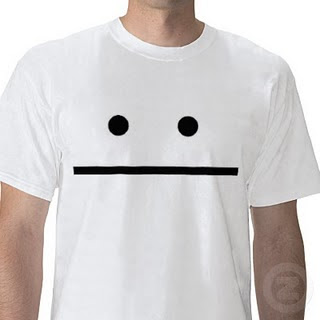 Well here is something interesting! Can you imagine NOT smiling when you get your picture taken for you driver license? Sure…you just stood in a long line and more likely so than not brought the wrong paperwork with you to the DMV… BUT there is a camera in your face and for most, it’s impossible not to flash your pearly whites.

It seems that it won't be long before you'll find facial recognition technology when you apply for a driver's license. And as a result, you better wipe that smile off your face.

In fact, the technology is already in place in Australia. When Aussie drivers apply for licenses they'll have their pictures taken, and the new software will then measure three distances: the spaces between the eyes, nose, and mouth.

License applicants won't notice a drastic difference in the process, but they'll notice they are asked not to smile while the photo is being taken. The machines require a "neutral expression" in order to pick up the correct measurements. According to creators of the facial recognition software, two photos of the same person can be mismatched if there is a strong expression in one versus the other.

Why all the fancy technology? Australia is using the calculations in comparison to the Roads and Traffic Authority (RTA) database, and if it appears that an applicant is trying to get a license under a different name the system will flag the authorities.

Although it's stated that the "system is designed to prevent people who have had their license taken away from applying for a second one," stopping "license cheats" is only the skin-deep argument.

The deeper issue is identity theft. According to David Borger, the state of New South Wales' assistant transport minister, "Identity fraud costs Australia more than $3.5 billion a year." That's about a third of a percent of the nation's entire gross domestic product, almost as much as New South Wales spends on its entire road system in a year.

If it sounds like things are getting all Minority Report in the land Down Under, well, that's nothing compared to what could potentially happen in the U.S.

In fact, four states already implement the "no smiling" rule, including Arkansas, Indiana, Nevada and Virginia. Over 30 in the U.S. have a digital photography capture for their identification cards.

Between the security measures states are adding, the trials of Enhanced Driver's Licenses (EDLs), the federal government's Real ID program, and corporations actively planning for higher security, a mere RFID chip is going to look like the 19th century when you could just write an "X" to sign your name.

And unsurprisingly, a number of people aren't exactly happy about it.

To be honest, though, this isn't just about gathering information. Just with the records currently stored by your driver's license, cell phone and wireless carrier, Internet Service Provider, credit card companies, Facebook, and even your Amazon Kindle, the authorities only need a few phone calls to build a good profile and history on you.

Wisconsin started comparing digital driver's license photos to those in its database back in 2005. In 2008, New Mexico began comparing photos to its own database and to a national database called the Problem Driver Pointer System. Last year Virginia began taking photos at the beginning of the application process so it can figure out if you're who you say you are before any paperwork gets shuffled. It also began issuing licenses from one central location instead of passing them over-the-counter at regional DMV offices.

On the national level, the Department of Homeland Security's Western Hemisphere Travel Initiative (WHTI) is encouraging institution and study of Enhanced Driver's Licenses that will allow border crossings in North America. More than an ID but less than a passport, it is currently available in some border states and only to U.S. citizens. In fact, even the people who issue the EDL must be American citizens. The EDL must contain an RFID chip, and some, like New York's EDL, have additional machine readable zones (MRZs) that contain license information.

But the grandaddy is the Real ID, another Homeland Security program, which has been delayed a few times as individuals, states, and even Congressional representatives have fought it. Final nationwide implementation set for 2014 or 2017 depending on when you were born, and while there is no reason it couldn't get pushed back again, there is every reason to believe that its adoption is inevitable.

The Real ID, effectively a national identity card, will require issuers will go through background checks and all information will be centrally stored.

Thankfully, there is an out: about a dozen states still allow you to get driver's licenses that don't even have photos on them.
Posted by Salins Ortho 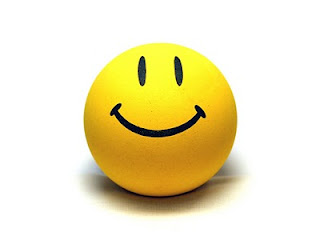 Optimism is in the air and it smells good…

So this is just a note to all of you… and those curious folks in cyber world that have stumbled upon our fun little blog… a note that will hopefully make you smile now and encourage you to do so each and every day of the year that lies ahead.

I found this article on the website about.com. Here is the link if you would like to read it in its entirety: http://longevity.about.com/od/lifelongbeauty/tp/smiling.htm

1. Smiling Makes You More Attractive
People are drawn to other people who smile. It is instinct to want to know a smiling person and to try and figure out what’s so good.

2. Smiling Changes Your Mood
Next time you are feeling down, try putting on a smile! Chances are your mood will change for the better. Smiling can trick the body into helping you change your mood.

3. Smiling Is Contagious
Don’t spread germs…spread smiles! When someone is smiling they lighten up the room, change the moods of others and make things generally happier. A smiling person brings happiness with them!

4. Smiling Relieves Stress
Stress has a habit of showing up on your face. Smiling can help to prevent you from looking tired, worn down and overwhelmed. When you feel the stress coming on, put on a smile!

5. Smiling Boosts Your Immune System
Smiling can help the immune system to work better. When you smile, immune function improves. This could possibly be because you are more relaxed and surrounded by happy people. Prevent the cold and flu and by smiling!

6. Smiling Lowers Your Blood Pressure
When you smile, there is a measurable reduction in your blood pressure. Give it a try! If you have a blood pressure monitor at home take a reading. Then smile for about a minute and take another reading while you are still smiling…do you see a difference?

7. Smiling Releases Endorphins, Natural Pain Killers and Serotonin
Smiling is a natural drug that will make you feel good!

8. Smiling Lifts Your Face And Makes You Look Younger
The muscles we use to smile lift the face and therefore can make you look younger. Don’t go for a face lift, just try smiling your way through the day! It’s a great way to look younger and feel better!

9. Smiling Makes You More Successful
Smiling people appear more confident, are more likely to be promoted and more approachable. When the doors to your bright future open, great it with a smile! Put on a smile at meetings and appointments and people will react to you differently.

10. Smiling Helps You Stay Positive
Try this simple test: Smile. Now, try to think of something negative without loosing your smile. It’s a difficult thing to do. When our mouths are smiling, our brain is sending out the message “Life is Good!” Stay away from depression, stress and worry by simply smiling.


So as 2010 makes itself comfortable in your life, remember this: You can be a super hot, happy, stress free, healthy, successful, positive person that spreads good cheer, enjoys a natural high and generally rocks if you just SMILE!