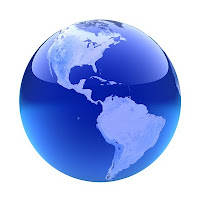 Three years ago in Sydney, Australia, 2.2 million homes and businesses disconnected from the modern world by turning off cell phones, televisions, computers, video games AND the lights for one hour. This was a stand against climate change and marks the very first Earth Hour. One year later, Earth Hour became a global movement with more than 50 million people across 35 countries participating. Major global landmarks such at the Sydney Harbor Bridge, The CN Tower in Toronto, The Golden Gate Bridge in San Francisco and Rome’s Coliseum, all braved the darkness as a symbol of hope for our earth’s future.

In March of 2009, Earth Hour had grown and hundreds of millions of people participated. Over 4000 cities in 88 countries took a one hour time out to pledge their support for the planet. This was the world’s largest global climate change initiative.

This year Earth Hour is on Saturday, March 27th at 8:30 pm (local time). This is your chance to stand up, take responsibility, get involved and lead the way towards a sustainable future for all mankind. So sign up now and make 2010’s Earth Hour the BIGGEST yet!